100% PLANT BASED FORMULA Call to order

Purely plants. Nothing more. To relieve pain, and also help with prostate health, women’s balance, and other health challenges.

“This stuff just works. My pain is gone. Left shoulder. Never thought I would get rid of that nagging pain.”

Our products are cGMP, NON GMO, organic, and responsibly harvested.

RELIEVE can be purchased retail or wholesale in 2oz and 4oz sizes. 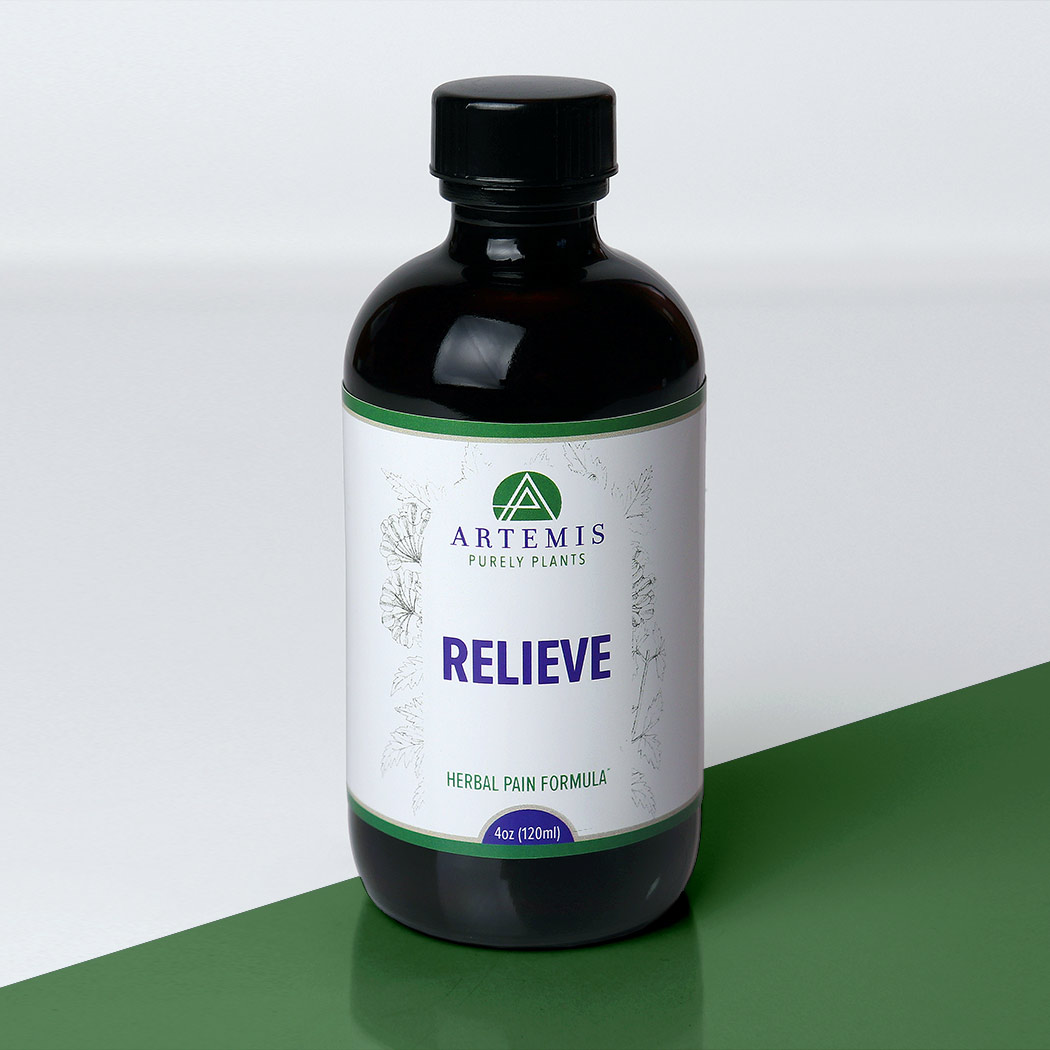 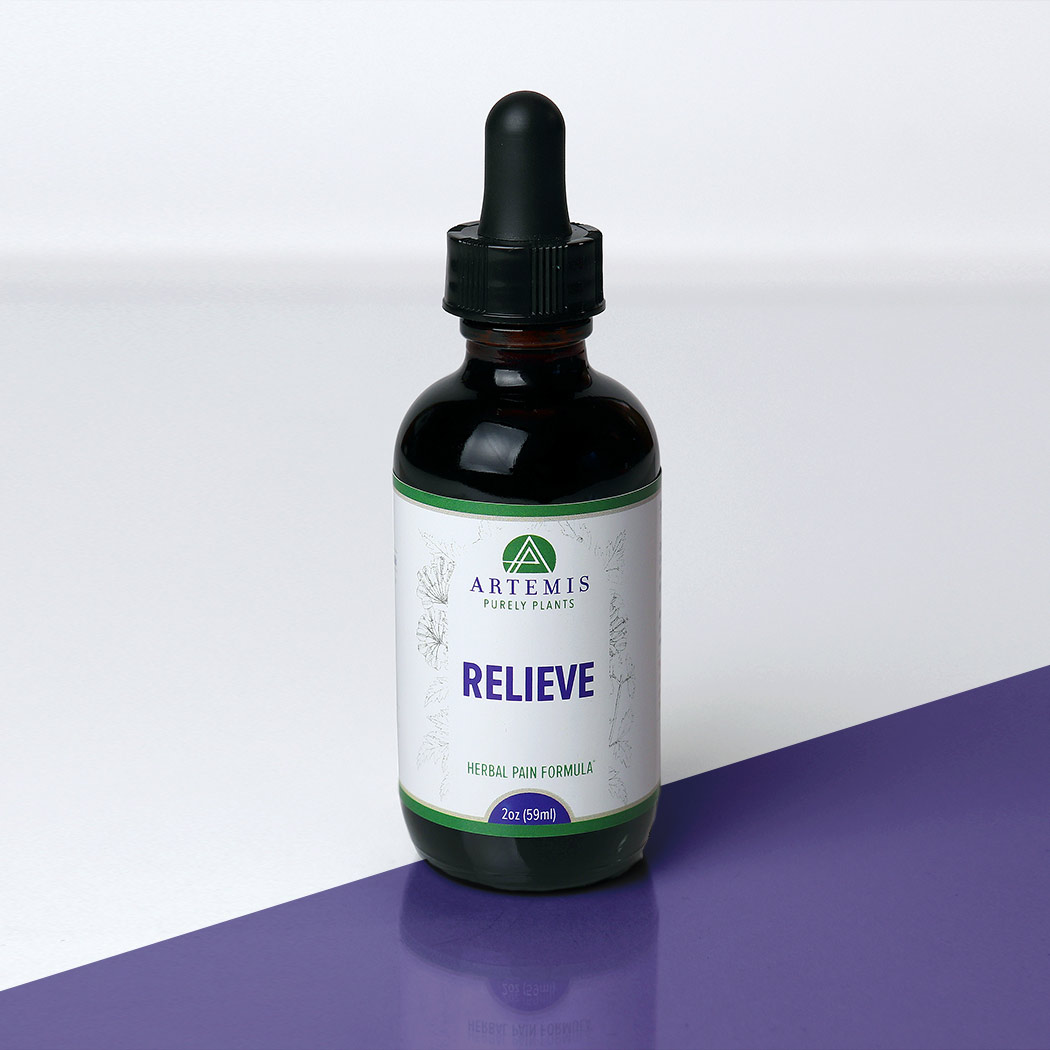 Our formula is cGMP, NON GMO, responsibly harvested, and organic.

Professors from University of California, Irvine and Harvard Medical School have tested herbs we are using in our formula and compared them to ibuprofen and morphine. The results: it is as a “very effective pain relief solution.”*

Made in compliance with strict guidelines of manufacture from the Food and Drug Administration, and cGMP, with ethically wild-crafted, and organic herbs, and lab-tested herbs.*

*These statements have not been evaluated by the Food & Drug Administration. This product is not intended to diagnose, treat, cure or prevent any disease.

“I have suffered from rheumatoid arthritis for over ten years. What I liked about coming to Dr. Ryan is that she has respect for western medicine, and didn’t try to talk me out of taking my pharmaceuticals that help me…

The pain was the thing. I had to find a solution that wasn’t an opioid. The relief I feel with Artemis is really special. Nothing like it. I went from a pain level of 10 down to about 4. It isn’t perfect, but it’s changed by quality of life like nothing else. I can take care of my granddaughter again.”

It All Began with One Patient

Born with birth defects requiring multiple surgeries, he lived in constant pain. Jeff begged Dr. Ryan to make him an herbal pain formula to help ween him off pharmaceuticals. After burning the midnight oil researching her Asian medical case histories, Ryan administered her formula to Jeff.

The next day, Jeff called.

“Dr. Ryan! God bless you! … I don’t know what’s in this potion you gave me, but it’s better than Oxy. I haven’t been this outta pain—ever—in my whole life. And I can think. Those drugs mess up my head. I can’t thank you enough…”

Artemis Herbal Pain Remedy builds upon a formula from the first Opium War between Britain and China.

Not only was there a huge addiction problem among soldiers and citizens, but the agony of withdrawal symptoms were the chief concerns among Army medics. One doctor remembered the special formulas of Dr. Wang Qing-Ren, a physician famous in Chinese medical history, who developed formulas for “driving out blood stagnation,” saying, that if we could “move blood,” we could stop pain.

This theory had been around for centuries, but Dr. Qing-Ren precisely applied the proper herbs in exact quantities and combinations so that the herbs act synergistically to relieve pain. Mary Ryan also added in some North American herbs, and replaced some Chinese herbs to produce RELIEVE.

Today, our formula is a game changer in the world of pain.

Opioid addicts in withdrawal with deep bone pain say it is the “only thing that works.” And people who once lived in daily pain are now able to lead normal productive lives thanks to Artemis Purely Plants.

“I was on OxyContin, for pain, when I had a house call from Dr. Ryan. She urged me to take her pain remedy, but I didn’t believe in it. It sat on the shelf for a long time.

But then I ran out of Oxy, and we had to travel. I couldn’t get my Oxy fix, so I took this with me. I was…pretty much like WOW, this little bottle of liquid formula could make me feel so good! And my head was better. I am a musician, so I need my head, my hands, my focus.

I have sworn off the Oxy, and that was not easy, but I tell you, she knows what she doing.”

Dr. MARY RYAN received her MSc and PhD from Oxford University in human biology and medical anthropology. Her collaborations with Dr. Dadhon Jamling in Dharamsala, India, led to groundbreaking methodologies in Tibetan Medicine efficacy research. This lead her to a study of medicine.

Today, Dr. Ryan’s formulas bring relief to many people. The success of these formulas led her to take them beyond her small town.

Ready to order products or want to learn more? 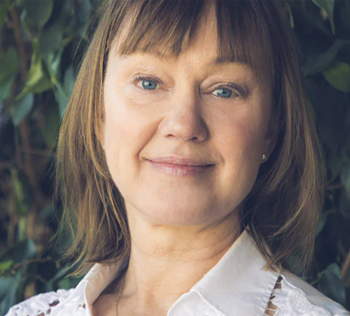 Dr. Ryan’s medical studies have roots in both Eastern and Western practices.

PhD — Research trials with the personal physician to the Dalai Lama.